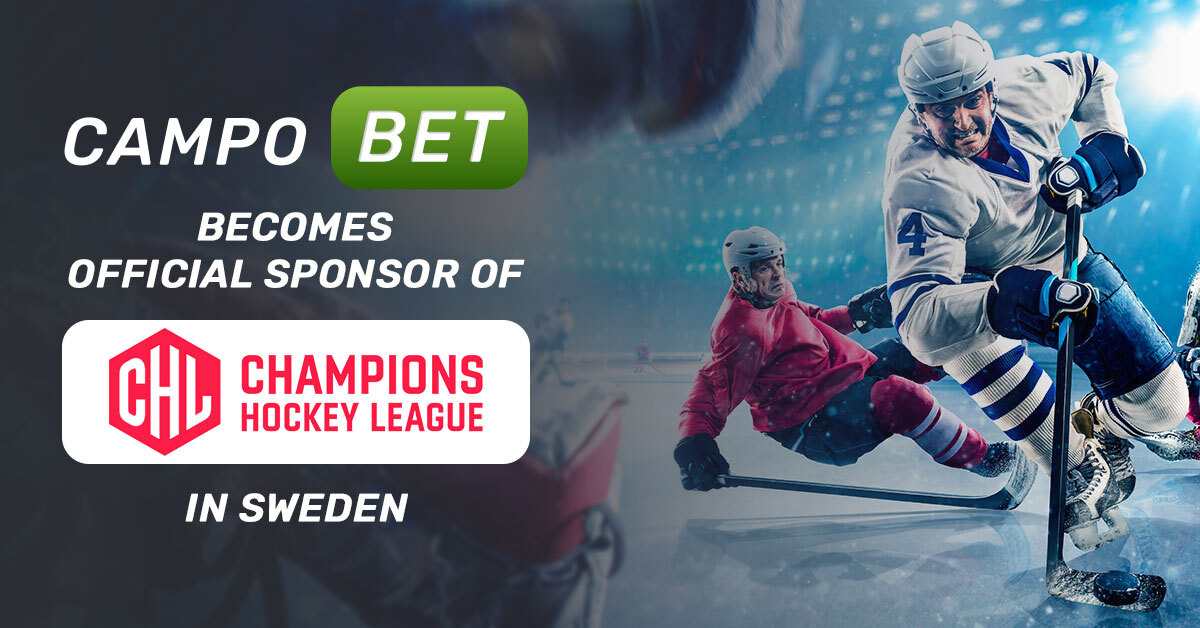 As an Official Sponsor of one of ice hockey's most watched competitions, the CampoBet logo will appear on rink boards and media backdrops in Sweden during television broadcast of the initial 8 eight highly anticipated matches in the cities of Karlstad, Ängelholm, Luleå and Gothenburg during the season 2020-21. The brand will also feature on under-ice advertising should any Swedish teams progress to the round of 16.

The online sportsbook will also give its customers the chance to win signed souvenirs from Swedish teams, VIP tickets to attend the games and a few lucky winners will have a chance to get in behind the scenes at selected matches.  Recently launched in the territory, CampoBet is one of most popular continental brands and boasts a
varied selection of sports betting events and options.

Boris Chaikin, CEO of CampoBet’s platform said, “CampoBet’s immersive sportsbook has proved a hit
with Swedish-based players since its entry to the market and sponsoring the internationally renowned
Champions Hockey League tournament will help it continue to do so. “We are delighted to be involved
with one of hockey’s best-known competitions and look forward to tuning in to its eagerly awaited
fixtures.”
Michael Witta, Infront Vice President Marketing Sales said: “Sweden continues to be one of the most
successful nations competing in the CHL and its clubs have seen huge success in the competition. We
are happy when brands like CampoBet can leverage that success and take full advantage of both the
domestic and pan-European reach the CHL enjoys. We are excited to welcome them to the sponsorship
roster.”

Contact us
Thank you!
Your submission has been received!

Oops! Something went wrong while submitting the form.